Welcome at Verfmolen ‘De Kat’
Miller Piet Kempenaar and all his colleagues are pleased to welcome you to our windmill
Welcome
A colourful experience! 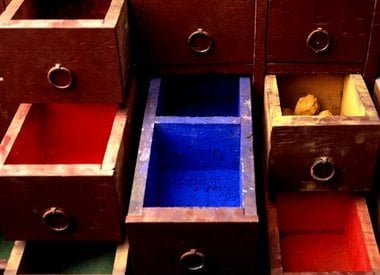 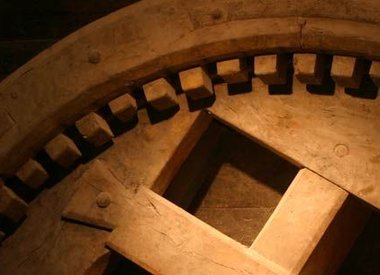 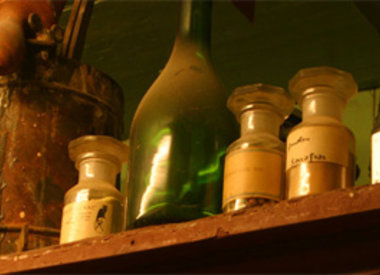 The windmill De Kat was originally built in 1781.

It is an octagonal mill with a rotating cap and external gallery. Since its restoration and partial rebuild in 1960 it has been fitted out to grind colouring materials.

The mill is located on the River Zaan between the windmills De Zoeker and De Poelenburg, near the Zaanse Schans, where it makes a dominant contribution to the landscape.

This windmill was later converted to an oil mill, probably just before 1689 since an insurance contract mentioning the mill exists, dated 13 July 1689. On 27 November 1782 the mill was lost to a fire but was rebuilt.

The mill, which had been the property of the Honig family since 1772, was sold in 1904 to the firm Vis Pz., which demolished it to the gallery level, using the ground level and the shed to store and dry chalk. In 1960 an octagonal top belonging to the Duinjager, located elsewhere in Zaandam, was mounted on the ground-level buildings.

The Duinjager must have been built around 1696 in the Oostzijderveld since its permit to use the wind dates from 1 August 1696, issued to Adam Jansz. Duyn,  which would seem to explain the mill’s name. Originally used to grind snuff, the mill was soon refitted as a colour mill. It was lost to fire on 17 June 1781, but was rebuilt.

Around 1900 the mill was used to grind chalk and later coal. The powdered coal was sieved and sent off to the iron foundries. The mill was equipped with a Diesel engine before the Second World War as an auxiliary motor to keep the mill going. The mill’s working parts at that time consisted of two pairs of horizontal millstones and five pairs of edge runner stones. The horizontal stones were in the first loft, while 4 of the 5 edge runners were located on the ground floor under the octagon. The fifth edge runner was in the west shed, driven from the mill via a long shaft. One of the horizontal pairs of millstones was later set up downstairs. The mill continued to work under wind power until March 1947. The planned rebuilding of the Oostzijderveld meant that the mill could not remain where it was.

The mill was demolished in 1959. The following saw its octagonal upper storey moved onto the ground-floor buildings of De Kat in Zaandam, since when the windmill has been doing its work quite regularly.